Why is lower stratospheric ozone not recovering?

Depletion of the stratospheric ozone layer remains a persistent environmental issue. In the upper stratosphere and polar lower stratosphere (LS) ozone is showing signs of recovery and is expected to return to pre-depletion levels later this century. However, in contradiction to near-term projections, there is now strong observational evidence for a persistent and unexplained ozone decline in the extrapolar LS. Suggested hypotheses include ozone destruction by iodine chemistry (previously thought unimportant), evidenced by the surprising detection of iodine radicals in the lower stratosphere, chlorine chemistry or a contribution from long-term lower stratospheric circulation changes. The downward trend is occurring in a region where ozone changes exert strong radiative effects on climate, and climate models exhibit a large spread in estimated ozone concentrations. Hence, the sign and magnitude of radiative forcing due to anticipated future stratospheric ozone changes is poorly constrained, representing a major weakness in scientific understanding. Ozone decreases in the tropics will also have a large impact on surface UV in a region which has not yet experienced such changes. Our overarching aim is therefore to determine the cause of the recent downward ozone trend in the extrapolar LS, and to improve projections of how ozone will evolve in the future. To achieve this, we will exploit advanced statistical methods to analyse ozone timeseries from both atmospheric models and observations (e.g. satellite data). 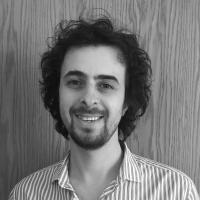 Ryan is a NERC Independent Research Fellow and atmospheric chemist in LEC. He has over a decade of experience developing and applying process-based…